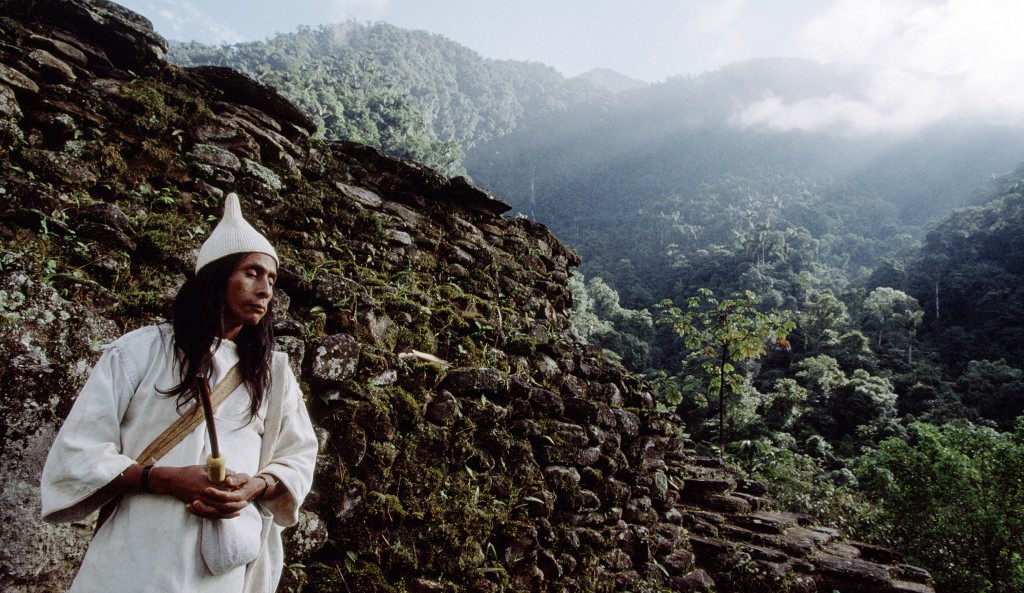 by Maria Gutierrez with Sholeh Johnston

The inner and outer knowledge that the Kogi have held on to from their Tairona ancestors has helped them to keep their culture alive and isolated. Nestled in the higher altitudes of the Sierra Nevada, the Kogi have protected their culture from outside influences—from the Spanish who persecuted their population to powerful guerilla groups that have snatched some of their lands. About 25 years ago, however, when the Kogi began to notice worrying changes in their environment—less snowfall and shrinking rivers, which began to have further negative repercussions—they came out of their isolation to issue a warning to the “Younger Brother” (the rest of civilization beyond the Kogi lands).They did this in the form of a documentary, “From the Heart of the World” (1990), created by the Kogi with producer Alan Ereira for BBC1. In the film, the Kogi expressed their belief that if mining, deforestation, and the greed driving our plunder of natural resources were to continue, the natural, interconnected order of the world would collapse and cease to function effectively, spelling disaster for us all.

I was introduced to the documentary by a friend, and was deeply affected by the Kogi’s message. Another friend of mine, Farah, got very enthusiastic about going to visit them and we began to make arrangements. In September 2012, we finally made the trip to Santa Marta, Colombia. We made contact with a Colombian anthropologist and expert on the Kogi, Mrs. Mazhari, who kindly offered to host us during our visit.

To read the entire Seeking The Kogi article:

or Buy the Current Issue