Each month SUFI selects special interviews and articles from its Archives as a free offering to our readers. Just click on the free access link and download your PDF. 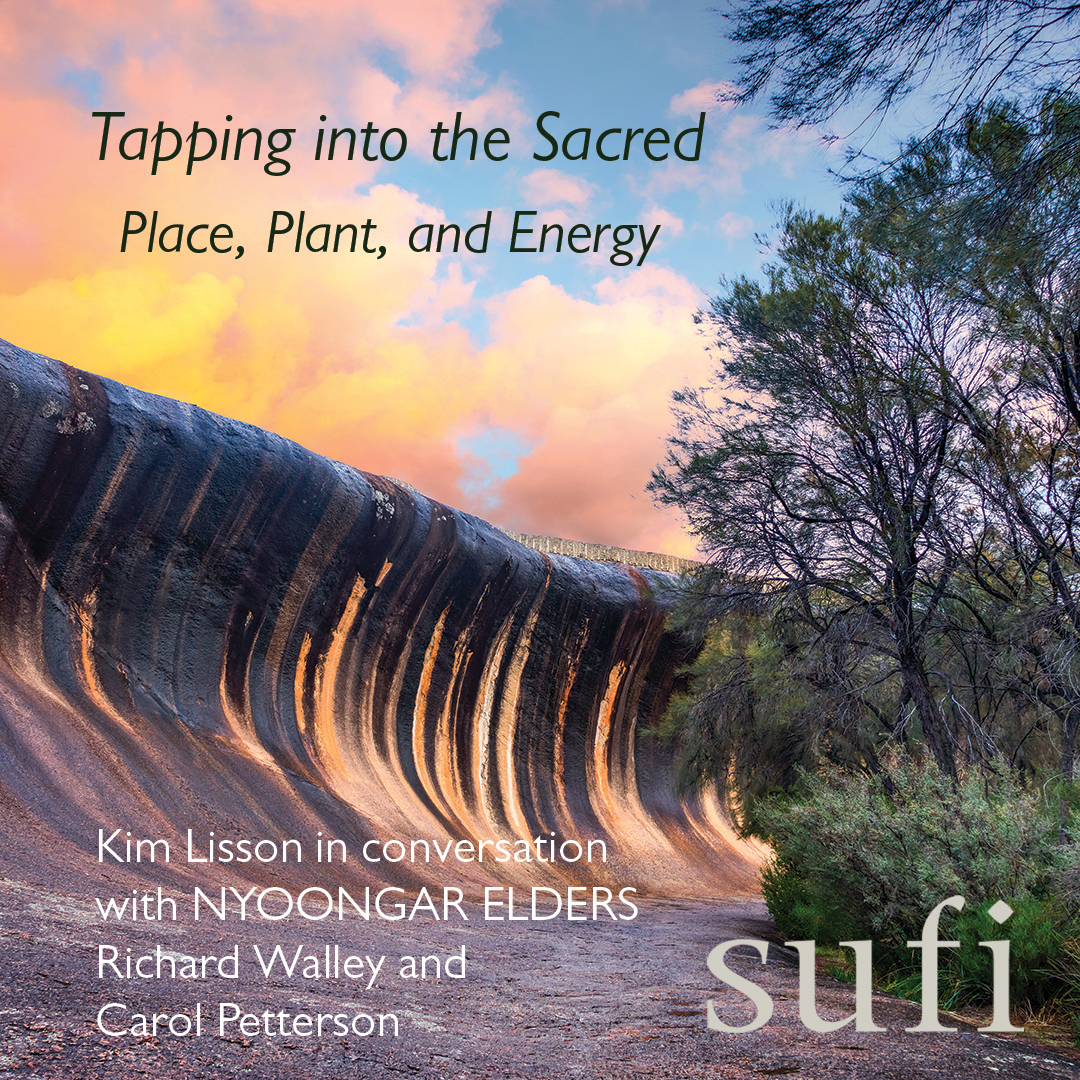 From SUFI ISSUE 95
TAPPING INTO THE SACRED
Place, Plant, and Energy

In SUFI Issue 95, consultant and writer Kim Lisson talked with two Aboriginal Elders of the Nyoongar nation to explore the Aboriginal reverence for nature and their experience of mystical sacredness and spirituality connected to place. Richard Walley describes how places have spiritual energies, offer mystical connections with ancestors and the great creator spirit, and are a source of “your link for your purpose.“ He emphasizes how Nyoongar people are united in an ecological worldview, seeing themselves as custodians of spiritual places. Carol Petterson describes how all plants and living things have a spirit of their own. She shares stories about the spiritual relationships that are found in all of nature to guide people in their lives, such as a bird that served as a spiritual totem for her and her family.

From SUFI Issue 84
Shamanic Traditions and Sufism: Oruc Güvenç and the Healing Power of Music
By Azize Güvenç with Yousef Daoud

Born in Central Anatolia, Dr. Rahmi Oruc Güvenç was a Sufi, psychologist, musician and music therapist devoted to fostering the restorative use of spiritual music.  He founded TUMATA (Turkish Music in Research and Presentation) to study and leverage the use of shamanic and Sufi musical and dance traditions for healing. Dr. Güvenç passed away in July 2017. In SUFI Issue 84, wife of Dr. Güvenç, Azize Güvenç, and Yousef Daoud explore the similarities and distinctions in these ancient practices and TUMATA’s work to create what became known as “Ancient Oriental Music and Movement Therapy” (AOM). Using various instruments, each with a symbolic value, scales, tones and rhythms according to a patient’s needs, along with visualization, meditation, dhikr and sama, AOM creates “experience that bypasses the intellect and works on the whole organism,” and serves as “something through which the soul can fully unfold, and the doors to one’s intuition can open.”

Explore more about shamanism and Sufism and the fascinating work of Dr. Güvenç and TUMATA in the full article, now available for free at SUFIjournal.org.  Subscribe to SUFI for full access to each issue of essays, poetry, music and other features.

Tiokasin Ghosthorse manifests his indigenous life experience and the heritage of the Cheyenne River Lakota Nation of South Dakota as a tireless activist, serving as a “voice of the people” to educate the contemporary world about the importance of living with Mother Earth. Nominated for the 2016 Nobel Peace Prize, he founded and hosts “First Voices Radio,” a platform for native cultures from around the world, and also performs worldwide as a master musician of the cedar wood flute. In his SUFI Issue 96 interview, Tiokasin explores the vital languages of life that reflect our essential relationships with Nature and the heart. “In the “we” language that Lakota speak, “I” doesn’t exist.”

Enjoy this fascinating conversation now available for free at sufijournal.org. Subscribe to SUFI for full access to each issue of essays, poetry, music and other features.

SUFI Issue 97 explores the role of dreams as guidance for seekers of spiritual enlightenment. Featured is an interview with Tenzin Wangyal Rinpoche, teacher and author in the Bön spiritual tradition of Tibet.  From an early age, Rinpoche has practiced Dzogchen, the Great Perfection Teachings, under masters of the Bön and Buddhist traditions. Fred Cooper and Chara Nelson talk with Rinpoche about the method of dream yoga described in his book, The Tibetan Yogas of Dream and Sleep. He emphasizes that while everybody, rich or poor and from every tradition, has dreams, “…not everyone knows the meaning of what we dream each night and the valuable opportunity we have every single night when we go to sleep: to realize one’s blockages, to discover one’s potentiality, to exorcise and heal one’s wounds.”

Reknowned singer Parvathy Baul is a practitioner, performer and teacher of the Baul tradition from Bengal, India. Martin Harris talked with her about the meaning of the Baul as a path of searching and how she was drawn to it as a “straight way to connect to the divine.” Holding the ektara, a one-stringed instrument, close to one’s right ear creates a constant OM sound from which the voice travels. “A Baul would say that I sing and dance to impress my beloved so my beloved will come and reside in my heart.”

Parvathy Baul will be in New York and New Jersey, USA for events during the month of October 2022. For event information: https://www.parvathybaul.com/retreat

All the mystic spiritual paths converge in the thought and writing of Matthew Fox, an Episcopal priest and theologian who was interviewed by Joe Daoud Martin in SUFI Issue #90. With early roots in the Dominican Order, Fox’s spiritual evolution led him to be dismissed from his Order, and in 1993 he left the the Catholic Church altogether. From his deep immersion in mystical thought, he challenged traditional Christian theology with his concepts of the “Cosmic Christ” and “Creation Spirituality,” pointing to the potential for everyone to realize the spirit within. Explore Fox’s perspective on the deeply ecological and holy relationship between humanity and nature in this interview.

The Dalai Lama and other Buddhist masters are calling for gender equality in the Buddhist tradition, recognizing that “the coming era will be more ‘feminine’ and women will make a greater contribution.” An article written for SUFI issue #91, Summer 2016, highlights women in the Buddhist tradition and describes how Buddhist nuns, once overlooked, are gaining access to education, theological training and greater self-sufficiency. SUFI article contributors, photographer Olivier Adam and his partner Dominique Butet, who is a journalist, had been documenting the path of Buddhist nuns in the Himalaya region for more than 8 years at the time of our article. Their photographic work Daughters of Buddha began in five nunneries in North India, near Dharamsala, where His Holiness the Dalai Lama and thousands of Tibetans found refuge in 1959 after the Tibetan Uprising. The nuns’ level of education has been growing thanks to their project. In December 2016, for the first time in history, twenty nuns received the so-called Geshema degree, the equivalent to a Doctorate in Buddhist philosophy.

The summer 2016 SUFI edition focused on the topic of gender, one of today’s turbulent issues. A First Nation view of how spirituality and gender intersect was explored with Alex Wilson, Associate Professor and Academic Director of the Aboriginal Education Research Center at the University of Saskatchewan, Canada. Her Opaskwayak Cree Nation language doesn’t recognize the Western male/female, but instead incorporates a spiritual belief system of connectedness among animate and inanimate identities. A central way of being is showing love in your actions and “…everyone is equal within the circle so that each person has a gift that they bring….”

SUFI issue 92 features a 2017 interview with Fr. Adam Bucko, episcopal priest, writer, and activist. His profound spiritual journey across continents, beginning at age 17 leaving communist Poland, led him to work with homeless youth in New York City. Fr. Bucko describes accompanying children and youth in the experience of their suffering, being with them in a state of prayerfulness, receptivity, listening, and healing. “And it’s all Grace. And that’s when action becomes contemplation….” Fr. Bucko is now a leading voice for contemplative spirituality and the New Monastic Movement. 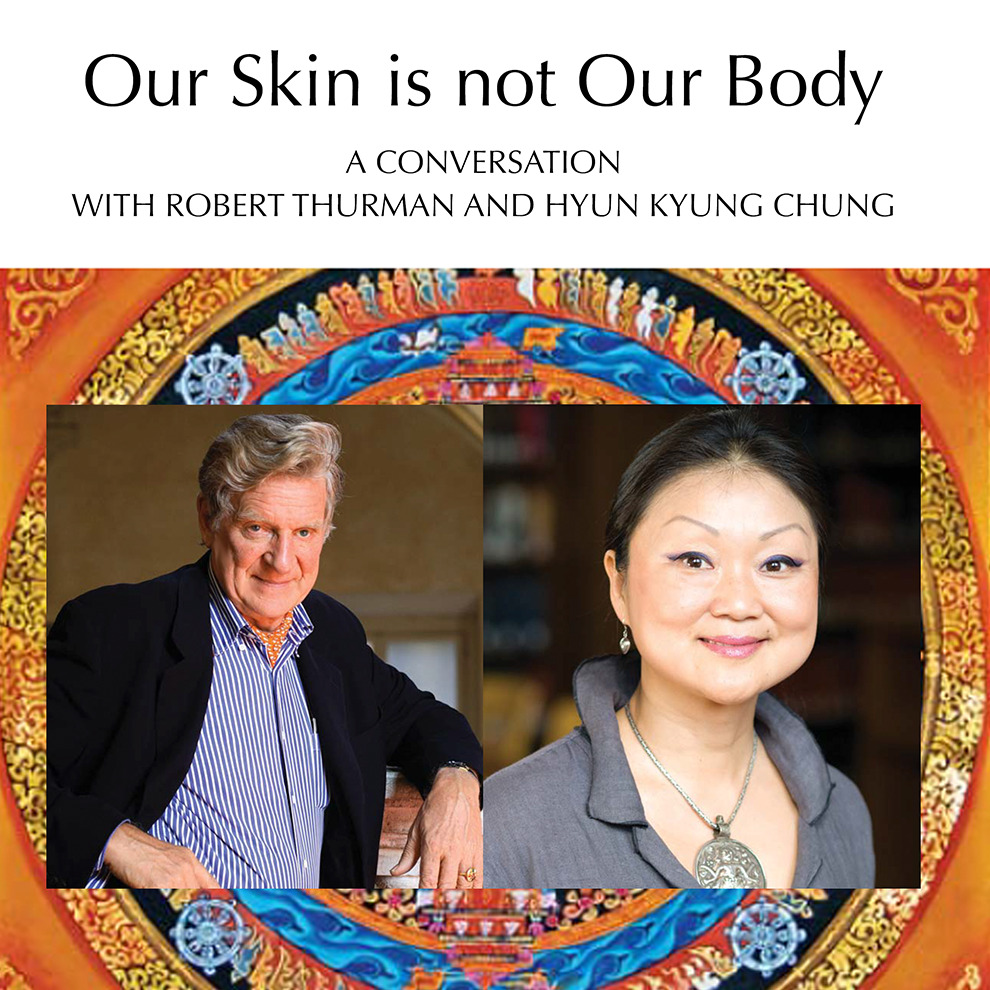 Almost a decade ago, Issue #85 of SUFI journal shared a rich and provocative dialogue about embodiment, offering the perspectives of two spiritual luminaries. Robert Thurman, author and academic, offering a Buddhist perspective, distinguishes the “course” from the “subtle” body and mind, and the joy and freedom to be realized with detachment from the course body. Hyun Kyung Chung, as an eco-feminist and Christian theologian, emphasizes the reality that “we are sharing the body of God… my body is connected with Buddha body, Christ body, earth body, universe body.” 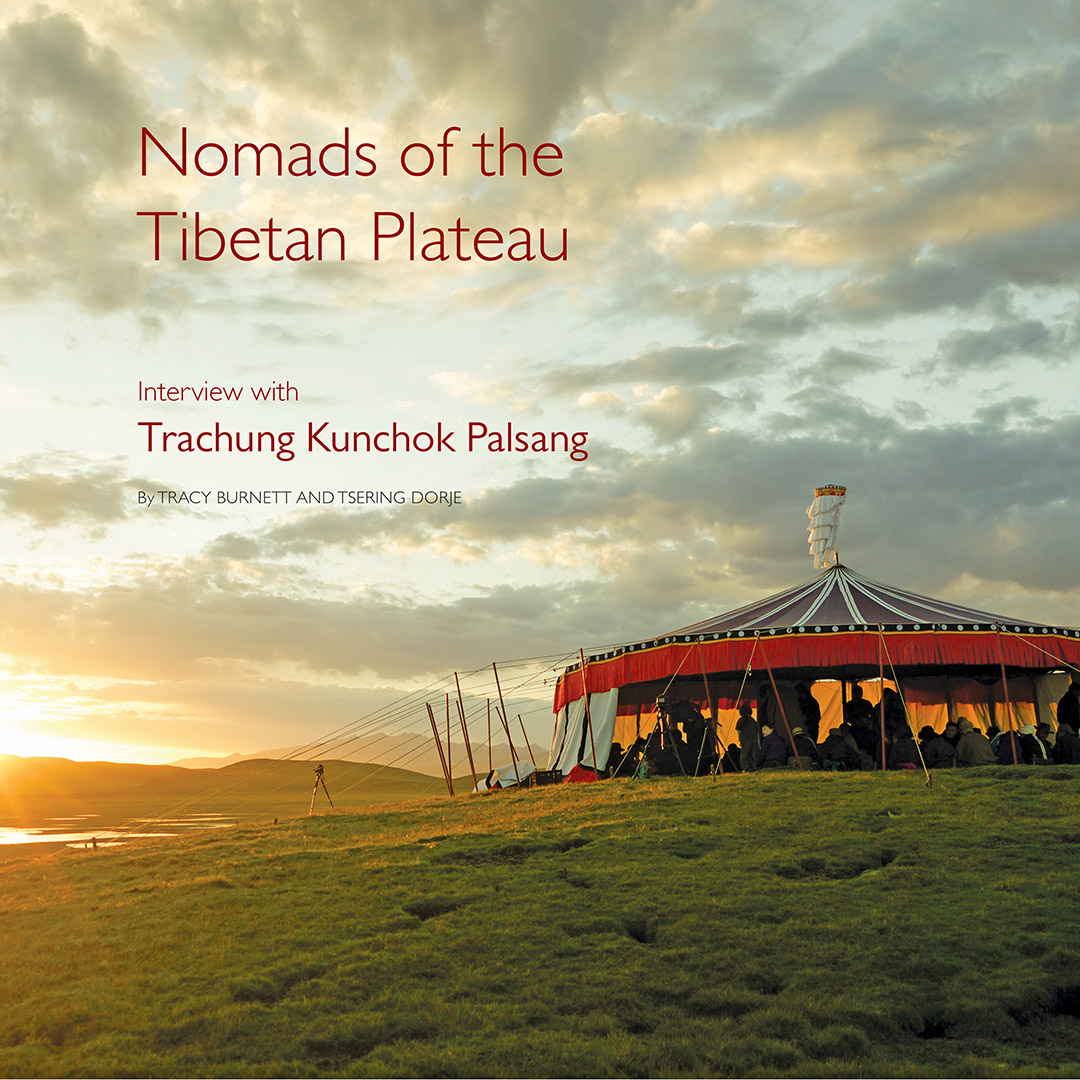 Many yearn for times past when daily lives and cultural identity were more grounded in the natural world. Trachung Palsang, raised amidst the Tibetan grasslands and nomadic culture, fosters environmental and cultural discussions with visitors to his hometown. In a dialogue with Tracy Burnett and Tsering Dorje, he offers stimulating and poetic insights into the socio-ecological underpinnings of Tibetan nomadic life— how efforts to sustain the interdependence of the four livestock of the grasslands bind households’ prosperity and grassland ecosystems in support of one another. Palsang offers his simple yet profound insight about the meaning to be found in the daily tasks of caring for animals, environment and needs of the community — “wherever there is real life, there is beauty.” 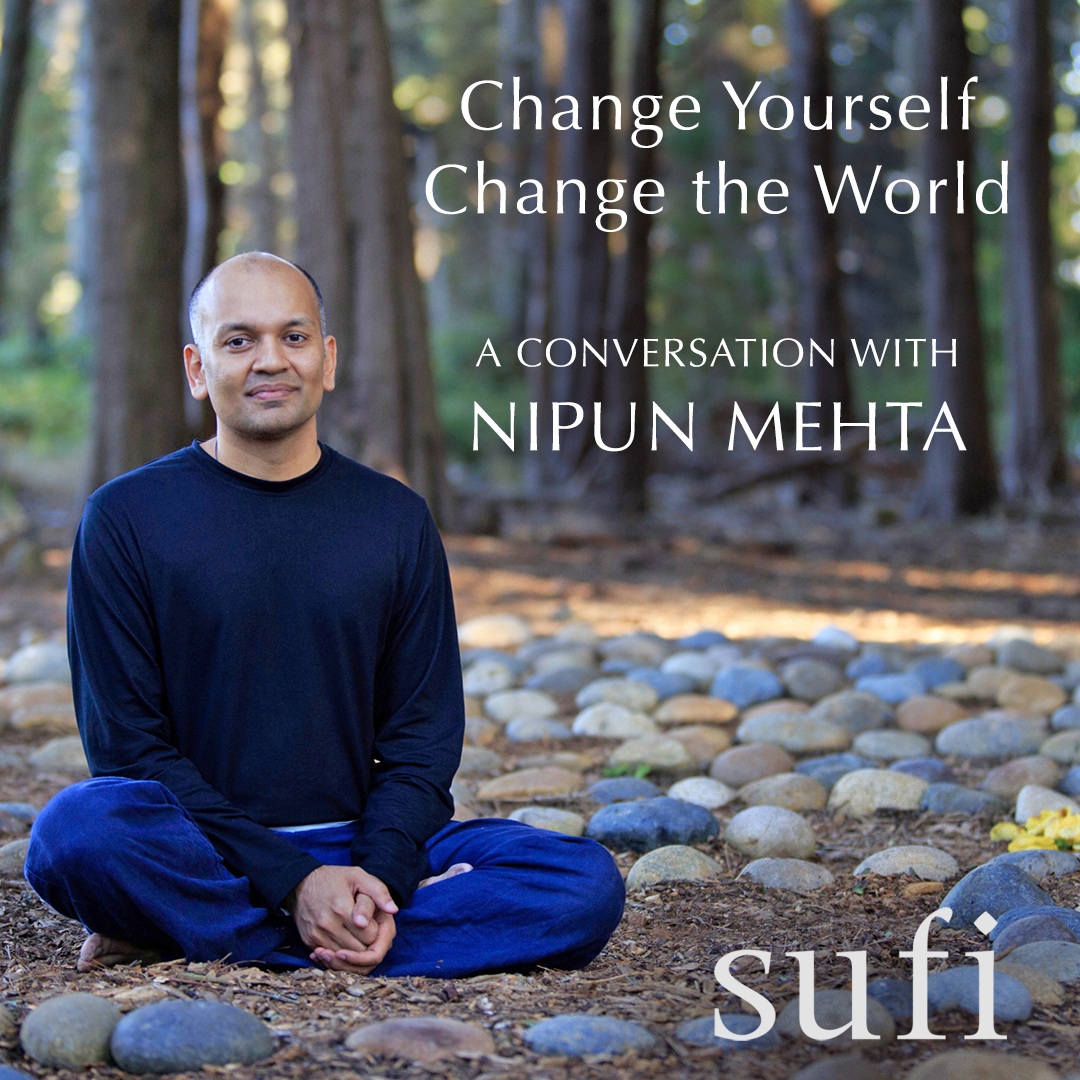 From Sufi Issue 94
Change Yourself, Change the World
A Conversation with NIPUN MEHTA
Interviewed by Russell Leung and Rita Fabrizio

Amidst such a troubled world, how can we overcome despair, and make the world a better place?  Nipun Mehta, once a successful Silicon Valley tech entrepreneur, is now realizing a vision for generating change in the world through service. Channeling his tech expertise, creativity and heartfulness, ServiceSpace (www.servicespace.org) was launched in 1999 as an online global, humanitarian community. Focused on small acts of service that catalyze inner and outer transformation, ServiceSpace is an incubator of “labor-of-love projects” and volunteerism, leveraging technology and generosity to fuel a giving economy with “a shift from consumption to contribution, transaction to trust, scarcity to abundance, and isolation to community.”  Nipun’s impact is well-recognized, including as a recipient of the Dalai Lama’s Unsung Hero of Compassion award.

In SUFI’s 2018 interview, Nipun Mehta talks about his spiritual source and journey, and the transformation that can be realized through combining head, heart and hands in everyday acts of kindness. 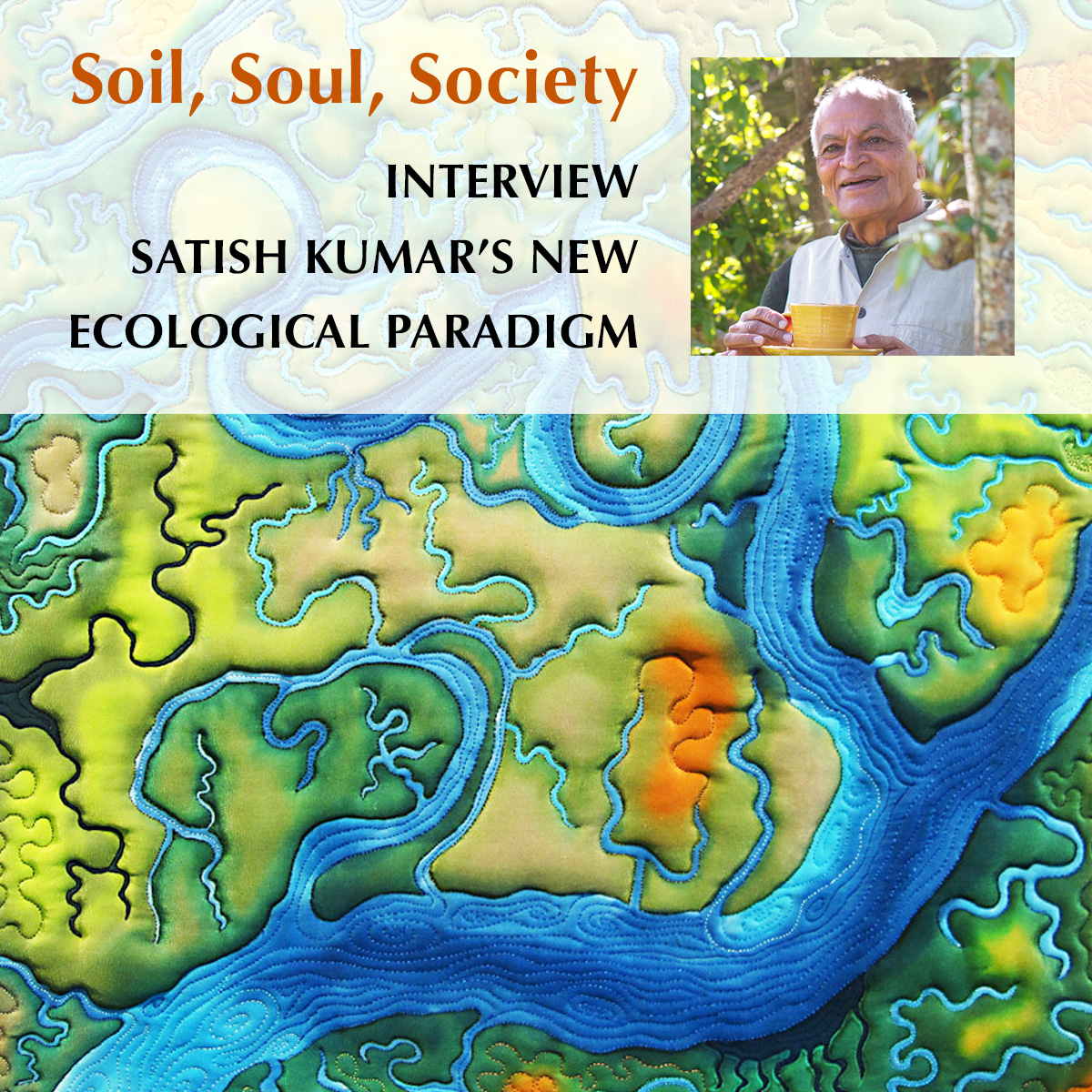 Jain monk Satish Kumar is relentless champion of pacifism and environmental causes who walked an 8,000 mile peace walk to the capitals of the world’s nuclear-armed countries, and founded and directs the Schumacher College international center for ecological studies. In a remarkable interview, Kumar shares his views that justice cannot be achieved for our human societies until we are committed to justice for the earth, how capitalism is driving ecological disaster, and that an alternative spiritual paradigm to sustain our souls and society is a slow life at peace with nature. 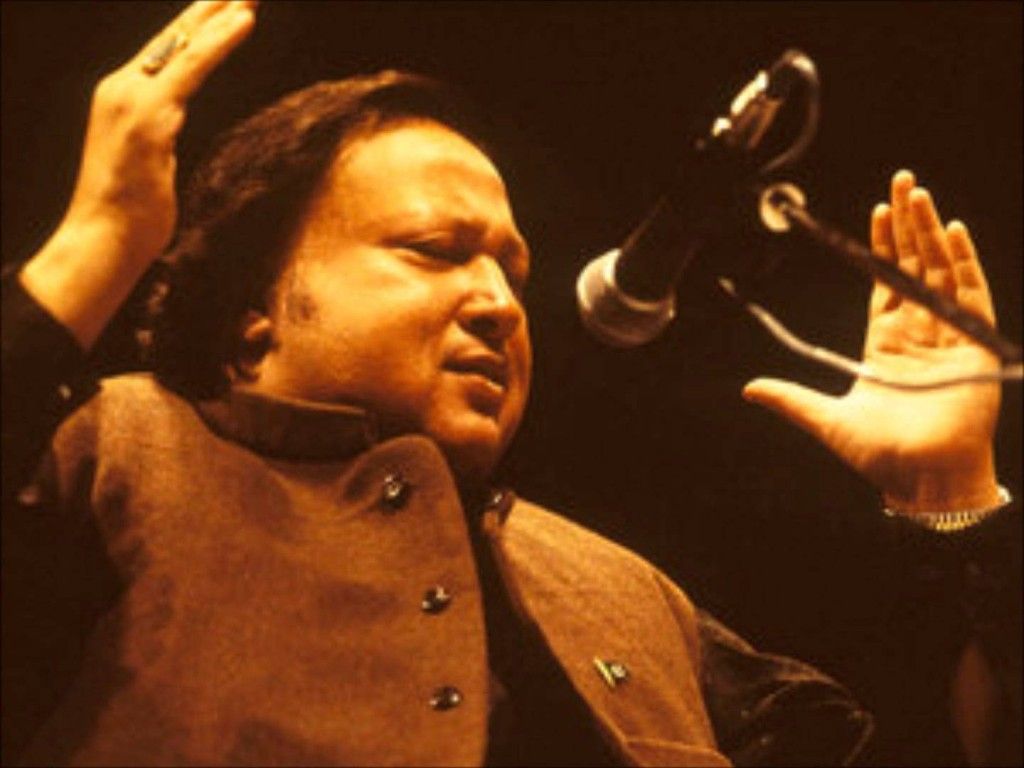 Having explored the origins of Sufi Music at the
Nizāmuddīn Shrine in Delhi (see SUFI, issue 36),
we headed towards our next stop, Lahore, a historic
Moghul city in the north of Pakistan.

Lahore was home to the world famous Qawwāl
Nusrat Fateh Ali Khan who died in August 1997,
only a day before his exclusive interview was to be
broadcast as part of a BBC World Service series,
“Songs of the Sufi Mystics.”