“If we are to survive as a species on this planet, we need to embrace views or belief systems that are inclusive of others.”

END_OF_DOCUMENT_TOKEN_TO_BE_REPLACED

Oruç Güvenç and the Healing Power of Music

by Azize Güvenç with Yousef Daoud

Most of us know first-hand the transformative power of music and sound to create a profoundly calming or emotional experience, and readers know our previous issue of Sufi was dedicated to sacred encounters through music.

In their carefully researched essay Shamanic Traditions and Sufism, authors Azize Güvenç and Yousef Daoud take us into the amazing life and work of Dr. Rahmi Oruç Güvenç, a Sufi shaikh and master musician of Turkey who provides healing to the sick through music therapies that fuse Sufism with ancient shamanic practices from Central Asia.

Güvenç and his musicians combine music, movement and dhikr to awaken body, mind and soul. And researchers in Europe, the United States and Turkey are studying the positive effects of Güvenç’s sound and movement therapies on patients suffering from cancer, bone fractures, depression and other maladies. 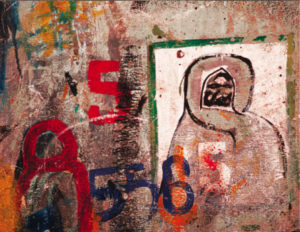 MUSICAL COLLABORATIONS AND BEYOND

by Sholeh Johnston and Richard Barton 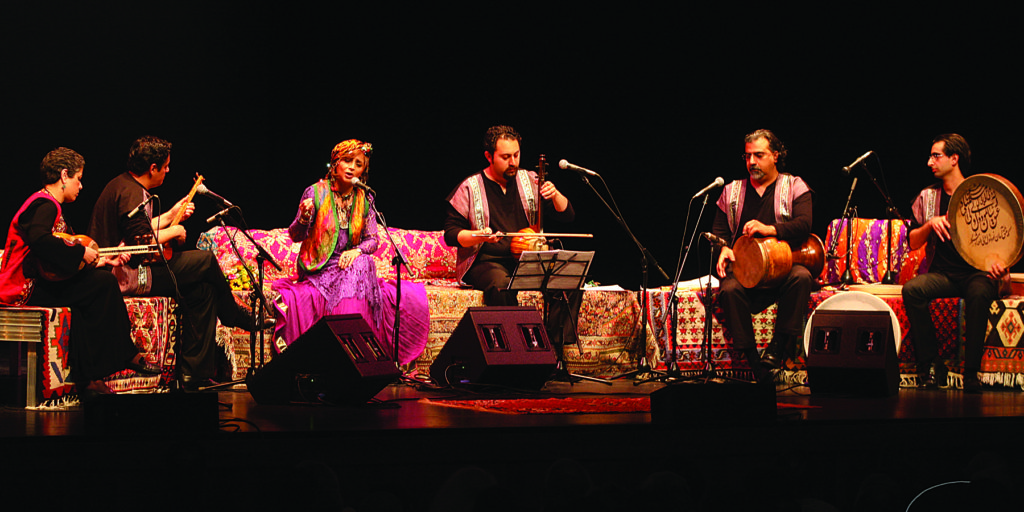 Listen to each of the ten albums that Lian Ensemble has produced during its 16 year recording history and one of the first realizations that strikes you is the quality of the guest performers and the rightness of the fused sounds. Again and again one is struck by unexpected musical combinations that nonetheless have a timeless quality, enveloping listeners in a cloud that transports them beyond themselves

THE BREATH IS PRECIOUS

It was written in beautiful Persian calligraphy and was placed above the door of the old Tehran khaniqah. I first noticed it when I was a child: sokout dam ghanimat ast, “silence: the breath is precious.”

END_OF_DOCUMENT_TOKEN_TO_BE_REPLACED

“There are people who walk the earth as if they have walked upon it for centuries. Sain Zahoor is one of them.”

END_OF_DOCUMENT_TOKEN_TO_BE_REPLACED

by Sholeh Johnston
Parviz Tanavoli is undoubtedly one of Iran’s greatest modern and contemporary artists, and the father of Iranian modern sculpture. His work is housed in art collections, museums and public spaces around the world, as well as in his native Iran, and is one of the most significant collectors of traditional Iranian arts and crafts in the world. An acknowledged expert, Tanavoli’s collections and publications are contributions to preserving the history of Iranian art as valuable as his contemporary work.
Tanavoli, currently residing between Vancouver, Canada, and Tehran, Iran, was born in 1937 and was one of the very first students to enroll and graduate from Tehran’s newly-established School of Fine Arts in 1955. Following his further studies in sculpture at the Brera Academy of Milan (Italy) under the renowned Italian sculptor, Marino Marini, Tanavoli returned to Iran and established a studio, Atelier Kaboud, which was the birth place of one of the most significant movements in Iranian modern art, the saqqakhaneh movement – referred to by some as “Spiritual Pop Art.” It was during this time that Tanavoli conceived of his first Heech sculpture, based on the Persian word for “nothingness,” and since then the series has been developing through Tanavoli’s experimentations with different materials, size, position and context.
“Heech has multiple layers of meaning – in Persian Sufism it has a great meaning: God created the universe out of nothing, so if the universe is made of nothing then nothingness is everywhere, in every part of the universe, in all creatures. That’s one way of looking at it, and the other is that as a physical shape it has an appealing volume to me; it has a head, eyes and a very beautiful body. So, from both angles it was a perfect word for me to choose and work on.”
Tanavoli has been teaching sculpture since his graduation from Brera, including a residency at the Minneapolis College of Art and Design and eighteen years as director of the sculpture department at the University of Tehran (1961 – 1979). His teaching continues into his 75th year as Tanavoli still holds studio tutorials and workshops for students in his Tehran studio.
For more insight into Parviz Tanavoli’s work, and the man behind the artist, read ‘Heech: poems in three dimensions’ based on an extensive interview with Tanavoli, in Issue 82 of Sufi.
(Heech – Parviz Tanavoli photo courtesy of Abrinksky / Flickr)