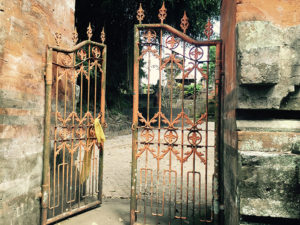 Editors’ Note
This, the 90th edition of SUFI, shines a light on how the skeins of human experience can untangle to reveal a glimpse of spiritual truth, and how they can be distilled to a living spiritual devotion as described by Alireza Nurbakhsh in his discourse on the Sufi term eradat.

In his interview with Joe Martin, Matthew Fox charts his ecumenical journey from Dominican to post-denominational priest and his concept of a cosmic mass.

Mark Nepo weaves physical challenges and internal discoveries together in “Troubled Waters,” an excerpt from his book Inside the Miracle: Enduring Suffering, Approaching Wholeness (also reviewed by David Paquiot).

In “Losing the Narrative Self,” Philip Edmondson examines notions of self-identity in Buddhism, emergent neuro-scientific discoveries, and Sufism through the prism of the late Dr. Javad Nurbakhsh’s poetic oeuvre.
Gregory Angus reflects on his experience of the contemporary Sufi Path in interview with Mary Gossy, while Rebecca Gould recounts the life of the 14th century Sufi poet Hasan Sijzi of Delhi (Sistani) and his significant influence on the Persian Ghazal. In CultureWatch Sholeh Johnston and Melissa Rothmann talk to Roger Allers about his film animation of Gibran’s best-selling classic, The Prophet, and Sharib Khan and Dan Kurfirst are in conversation about the launch of their first album inspired by their American Sufi Project. This issue celebrates the work of featured artist Rob Mulholland and featured poet Gunilla Norris, with poems from Roger Loff, Jeni Couzyn, John Wolf and Dr. Javad Nurbakhsh.