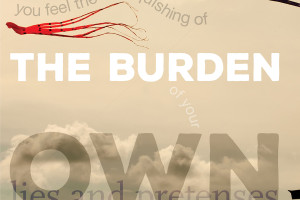 Interview with a Sufi Shaykh
by Mary Gossy

MG: One usually associates transcendence with a movement away from being human, not as part of being human…

GA: The reason why Sufism can be exported in its basic tenets and practice is that it is human. It is not bound to any culture. It is human culture and it is natural. The imagination that is associated with all of the reading about things, all of the anecdotes, and all of the history, is absolutely a distraction from Sufism actually being of some benefit to you as a human being present now in your circumstances. It is exactly right for your circumstances, as you are now, in the environment you are in. It is not exotic. It is extremely profound, but it’s not separate from what is now. It does not have to be in some other culture. It does not have to be in some other form.

The most honest one can be with oneself is recognizing that if there is something true, then it’s true and if it’s imaginary, it’s imaginary, and if you’re thinking that the path to the truth has got to be somewhere else, not here, well, then, you’re imagining “here” as wrong, or not possible. The belief Sufism has to be something exotic, something esoteric, and that it has all these connotations of “other” really makes it hard for it to be applied in a 2015 contemporary American high tech, fast-changing world. There’s no reason to think that the situation of human beings in the current jungle of events is essentially any different than it was, say, a thousand years ago in the Middle East. It’s no different at all.

MG: Would you say something about how submission fits in to the aspects of Sufism that you have been talking about?

GA: It’s all about submitting to reality. Take the word “God.” When we hear the word God in the context of Sufism we unfortunately go to our basic association which is to think of God in Heaven looking down, judging, a Heaven and a Hell, reward and punishment. And then you end up with this sense yeah, I have to submit to God who’s testing and judging. That’s a totally wrong way to understand what submission means. If, on the other hand, you take the word God and consider it to mean reality, what is happening to you, then if you do not accept what is, then you are rejecting it. If you are interested in being fulfilled in divine reality then you must accept everything as real. Submitting to it means not rejecting it, not denying it, not complaining, not expecting it to be something different—not trying to manipulate or control it. It ends up being a fact of being that you are exposed to reality and your relationship to it is either accepting or rejecting it.

Fulfillment does not lie in walking away from your past, by denying it. Psychological health seems to be where you feel okay about who you are, [chuckles] and a lot of that is feeling okay about who you have been, what you have learned. It seems like it should be a natural occurrence that you die right, not die with regret or die with anxiety, or die with fear. All of those seem incomplete; incomplete states of having lived. To be naturally fulfilled to your potential is all that Sufism is about.