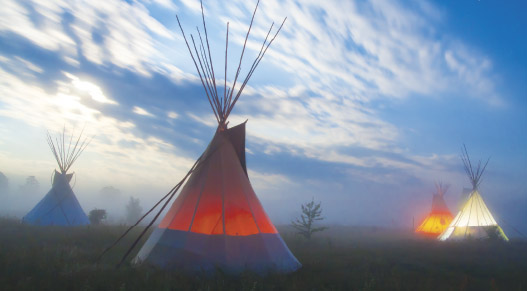 This issue of SUFI brings the reader right up against what is uncomfortable. Forget about politics: let’s talk about the weather. Too hot in cold months, too dry in wet ones, ferocious when it should be bleating like a lamb.

Alireza Nurbakhsh, current Master of the Nimatullahi Sufi Order, describes the planetary climate, and then the spiritual one. He finds that excessive consumption—of goods, people, ideas—probably anything—is one of the causes of deadly changes in our environment. This is not necessarily a surprise, but the cure he prescribes for the problem is. Contentment, “a state wherein one is happy with who he or she is and what he or she possesses,” is the antidote, and what makes contentment possible, he clearly shows, is unconditional loving-kindness, a broken-open love that asks for nothing in return, and sees the Beloved right in front of it at every moment.

Mark Nepo advocates an unflagging and faithful “devotion of attention” to the one moment in front of you as part of the path leading to the love and truth in our hearts, broken open and blooming like window box geraniums when we least expect it.

Marilie Coetsee shows how the medieval Sufi thinker al-Ghazali discusses an experiential knowledge similar to the contentment that can only be acquired through engagement in loving kindness. In this case the special knowledge is acquired through the medium of emotions specifically and is unattainable through the intellect alone, demonstrating that “the heart has its reasons” in a new and profound light.

Edwin Bryant, interviewed by Komal Majmundar and Jawid Mojaddedi, shows that a muscular approach to spirituality is not always the most direct path, although it can certainly be one of them. He discusses the differences among bhakti yoga and other branches of yoga, grounding his remarks in Patajali’s definition that “yoga is the stilling of all fluctuations of thought.” Stop for a second, pay attention, love is arising, in all its forms.

Scenes as disparate as a pristine Quaker meeting house in Vermont and a center for sex workers, addicts, and other desperate youth in New York City, the first in J. Brent Bill’s article on silence, the second in Safoura Nourbakhsh’s interview with Adam Bucko, co-founder of The Reciprocity Foundation, find that deep listening and contemplative silence are the core of loving and transformative action on behalf of others.

In every contribution in this issue of SUFI, readers will find that what we most need is not for sale. Grace is freely given, but we do not dictate the terms of delivery. Love, in its rhythms heard and unstruck, is there when we quiet down and let go of everything else.