In sacred or mystical experiences, we escape our mundane existence by coming face-to-face with something much greater than ourselves. The religious traditions, by and large, dictate where and when one should have such experiences, namely, in sacred spaces such as churches, mosques, synagogues, Buddhist temples or Hindu ashrams and while engaged in contemplation of the divine or in prayer. Each religious tradition prescribes what is sacred and in doing so creates an acceptable pattern of what constitutes a sacred experience. An Anglican Christian, for example, may experience the sacred at Westminster Abbey upon seeing the icon of Christ and relive the experience of Jesus’ sacrifice for one’s sin. But to a Japanese tourist the space will have no more than a historical or artistic significance.

There are, I believe, three main features common to all mystical experience. The first is that we feel we are in the presence of something greater than ourselves, be it God, nature or even an encounter with another human being. The second is that such an experience is usually outside the realm of the ordinary. The experience becomes increasingly ineffable; we find it hard to describe it in language without the risk of sounding absurd. The third and the most significant aspect of the mystical experience is its transformative nature. The experience is not an end in itself; one who undergoes such an experience is not engaged in a voluntary or self-serving exercise. The encounter with the sacred has always been a transformative force in all traditions. The result of such a transformation is a desire to reach out to others in order to help and love. Those who experience the sacred become more inclusive and loving especially to those who have been marginalized in society.
[wcm_restrict plans="Sufi Journal Digital Edition, Sufi Journal Digital Edition old"]
The Spanish mystic Teresa of Avila (1515-1582) is a good example of someone whose personal mystical experience shaped her worldly life of contemplation and service to others. Her intense desire is illustrated by the following sacred experience, which she recounts in a passionate and erotic language.

It pleased our Lord that I should see the following vision a number of times. I saw an angel near me, on the left side, in bodily form. This I am not wont to see, save very rarely… In this vision it pleased the Lord that I should see it thus. He was not tall, but short, marvelously beautiful, with a face which shone as though he were one of the highest of the angels, who seem to be all of fire: they must be those whom we call Seraphim… I saw in his hands a long golden spear, and at the point of the iron there seemed to be a little fire. This I thought that he thrust several times into my heart, and that it penetrated to my entrails. When he drew out the spear he seemed to be drawing them with it, leaving me all on fire with a wondrous love for God. The pain was so great that it caused me to utter several moans; and yet so exceeding sweet is this greatest of pains that it is impossible to desire to be rid of it, or for the soul to be content with less than God.1

In the Sufi tradition, Ruzbehan Baqli Shirazi (1128-1209) is an example of someone whose very intense experience of divine love made love the central theme in Persian Sufism and thus affected many generations of Sufis in Iran.  He describes an erotic experience similar to St. Teresa’s in his book Abhar al-Asheqin (“Jasmine of the Lovers”). Ruzbehan first describes his journey in the sacred angelic realm; upon returning to the world he experiences an intense love of God and the pain of separation from Him. God then manifests Himself to Ruzbehan as a beautiful Chinese woman and tells him to look at Her as if he were looking at another human being.

My heart’s eye suddenly opened and I saw with my own physical eyes. I witnessed a Chinese beauty bewitching the whole world with her loveliness and coquetry. Her infidelity, loveliness, trickery, coyness and shamelessness were apparent in her bewitching eyes, and it was as though Satan himself resided in the curl of her tresses. She has put to shame Venus in beauty and has surpassed Jupiter in loveliness. With her gentle and attractive deer-like walk, she hunted down the lions and has already made the ascetics detest their abode in the heavenly monastery. I gazed upon her in astonishment but mindful of my piety, I became ashamed of myself. I spoke to her without using words. Suddenly, she looked at me with utmost loveliness and said: “Alas, you have broken your vows and left your monastery.” Out of bewilderment I replied, “I have just found my lost lovely bride in the hidden realm of pre-eternity. You are my only wealth in this world and the hereafter and the jewels of all worlds. I came across you in this ruin of a place, not by way of incarnation but by direct manifestation.” She replied with coyness, “What are you saying? Is it not true that in Sufism to look at anything other than God is unbelief and perilous? Is it not the case that from the point of view of reason and divine knowledge, by doing so, you waste your life and lose your vision?” I replied with my heart’s joy, “O Beloved, you are so worthy of my admiration and worship, even if you decide not to drink the wine of love with me in the assembly of selflessness.”2

Increasingly, modern man has taken the stance that nothing is sacred and everything can and should be manipulated. Nothing is restricted to the divine domain. We continue to exploit nature despite being confronted with the dire consequences of our actions. We continue to manipulate animals and plants despite not knowing where this path will eventually lead us. Some even pursue the manipulation of human genes with the object of producing humans who are less prone to disease, smarter and live longer through cultivating and growing organs which can be replaced or enhanced. Homo sapiens in this process of manipulation eliminated the sacred and is attempting to take over the divine domain.

Many have suggested that the arts can and should replace the sacred, a process that more or less began in the western world during the Enlightenment. If the point of having sacred or mystical experience is to transform us into better human beings, the arts are an insufficient substitute. The arts can contribute to sacred experiences, but are not of themselves adequate practices. Art can provide a language with which to communicate our experience of the sacred, but in our participation and experience of it we do not make the sacrifice which is essential to our transformation into a better human being. Going to museums or attending a concert, though often beneficial to us, are not always activities that make us reach out and help others. These are things we usually do for self-fulfillment and growth while the only sacrifice made is the time and money we spend pursuing these experiences. True growth and transformation occurs when we can be of benefit to others. Traditionally, it has been our encounter with the sacred through various rituals and practices that has brought about such transformations. Without the experience of the sacred we are at risk of living only for ourselves and to the detriment of others.

I have taken for granted that the experience of the sacred always leads to our transformation for the better. However, throughout the history of religion many wars and conflicts have been incited by those who claimed they had had an encounter with the sacred. To this day we continue to witness a confrontational and belligerent attitude by those who claim they are in receipt of direct instructions from God or are acting in the name of those who had such instructions. Any action which is divisive and based on hate and hostility stems from self-delusion and ego, while the experience that is truly sacred must always drive us to help and serve every human being regardless of their religious, racial or ethnic background.

RETURN TO ISSUE 95 TABLE OF CONTENTS

[/wcm_restrict] [wcm_nonmember]To read  this article in full, you must Buy Digital Subscription, or log in[/wcm_nonmember] 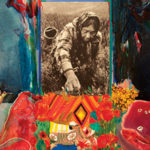 BRIDGING CONTEMPLATIVE LIFE AND ACTION
A CONVERSATION WITH ADAM BUCKO

END_OF_DOCUMENT_TOKEN_TO_BE_REPLACED 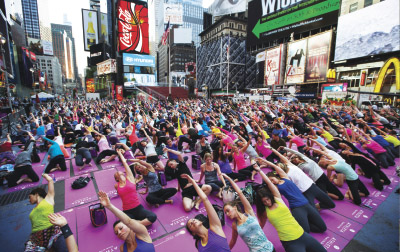 THE ROOTS of YOGA and THE DIVERSE
TRADITIONS of HINDU SPIRITUALITY

END_OF_DOCUMENT_TOKEN_TO_BE_REPLACED

A “Riot of Perfume in My Heart”
by Barbra Joffe

END_OF_DOCUMENT_TOKEN_TO_BE_REPLACED 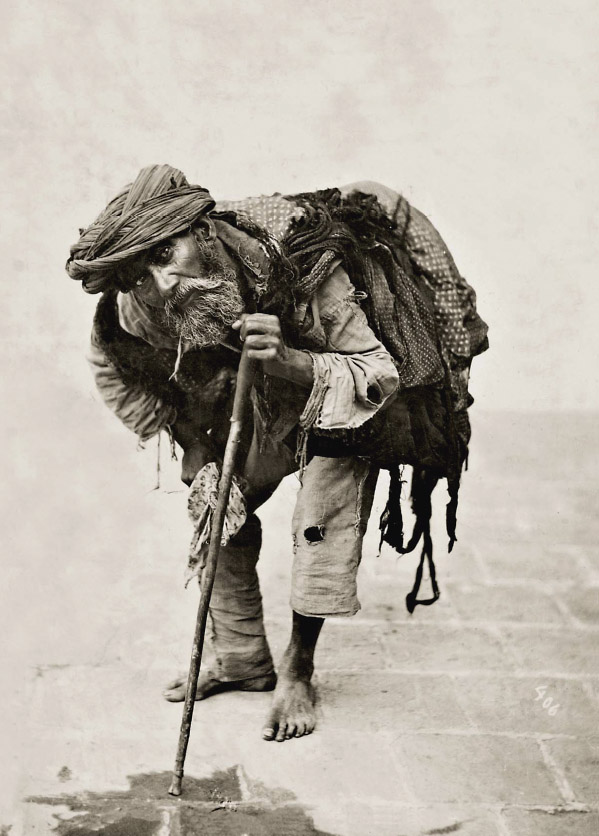 The Secret of Being a Master

END_OF_DOCUMENT_TOKEN_TO_BE_REPLACED

Al-Ghazālī’s Early Insights
into the Reasons of the Heart