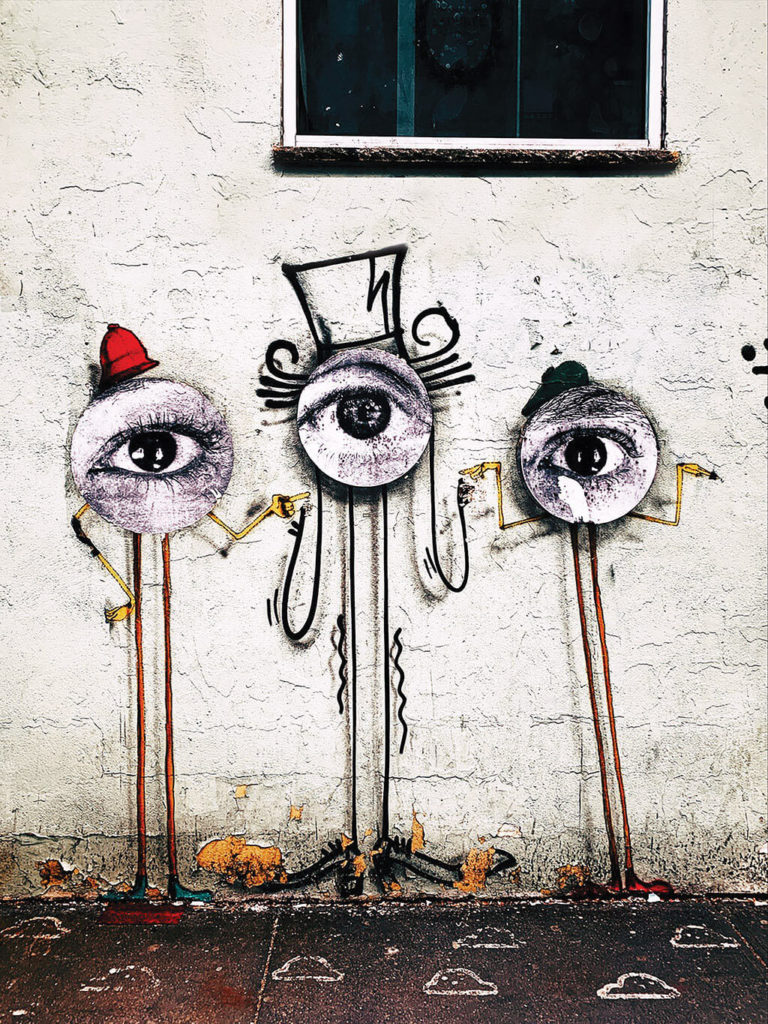 Beyond US vs THEM

At the heart of tribalism is the idea that the set of values and beliefs to which one adheres is “better” or “truer” than any other set of values and therefore one must not only stay loyal to those views but also one must do so to the detriment of one’s adversaries. Only the tribe I belong to is the right one. Therefore, I must advance the views and values of my tribe while destroying the beliefs and values of the other tribe.

In his recent book Behave: The Biology of Humans at Our Best and Worst, Robert Sapolsky explores the biological roots of tribalism; he uses the term “Us Versus THEM” to refer to this way of thinking. What’s fascinating about Sapolsky’s approach is that it shows that our biological system is attuned to seeing the world in tribalistic terms of Us Versus THEM, and that we have to make a constant effort if we want to override our biological tendencies towards tribalism.

From the day we are born we learn to group and categorize our sensory data to perceive something as either similar to us or different from us, hence agreeable or repugnant. This is especially true about our ability to recognize and group people in terms of the color of their skin, race and gender. We perceive the race of a person in less than one tenth of a second and the gender of a face within 150 milliseconds. By the age of three to four, children already group people by race and gender and have a “more negative view of those who differ from them in these categories and perceive other faces as angrier than same race faces” (2017, 391).

Interestingly, and perhaps disappointingly, the perception of dichotomy between Us Versus THEM is usually automatic and happens at the unconscious level. But even if we have no control over categorizing someone as being one of Us or as one of THEM initially, control can eventually happen at the cognitive and conscious stage. When presented with information that tells us another person is different from us because of our perception of his/her race, for example, we may either accept the difference as essential or override the difference as being superficial. We can use a higher-level analysis of context to determine if a perceived difference is a real threat or not.

However, there is still further processing at the unconscious level before our conscious mind can decide what to do with the information. Once we recognize someone as THEM due to their skin colour, race or religion, the amygdala (the part of the brain which sits under the cortex in the temporal lobe of the brain) is activated. The activation of the amygdala is usually associated with feelings of anger, fear or aggression. So we already feel fear or anger towards THEM before deciding what to think. In other words, our mental capacity is already rigged or biased about THEM by the time we are presented with information about others at the conscious level. Moreover, hormones such as testosterone or oxytocin may help to support a barrier between Us and THEM. For example, the hormone oxytocin, which is abundant in mothers and promotes trust, generosity and cooperation, can also exaggerate tribalism and encourage aggressive behaviour towards THEM.

The seat of our rational thinking and cognition is the frontal cortex which sits on top of the amygdala. Oftentimes, when our amygdala is activated and we feel anger or fear, we are able to override these feelings and put them aside by using conscious thinking. After examining the situation, we may come to realize that there is no reason for experiencing fear and anger and consequently we can ignore the instinctual fear and anger we feel when we encounter one of THEM. But sometimes our cognitive thinking can be influenced by subliminal messages or alternative realities that our culture may present in order to take advantage of and affirm the bias presented by the stimulation in the amygdala. These false messages serve to discourage us from overriding the biological response, and instead reinforce our basic instincts. We are all too familiar with the role of propaganda and misinformation by political parties to propagate untruths and promote a negative view of the other side. In such circumstances, the amygdala goes into overdrive; once it subjugates our rational cognition, we become a full-fledged member of the Us Versus THEM tribe.

I hope it is obvious that tribalism is detrimental to humanity. If not controlled and defeated, it usually ends in conflict and war with disastrous consequences. In fact, human history is filled with wars and conflicts caused by race, ideology, irrational beliefs and outright false opinions about others. We need a worldview which is inclusive of others if we are to survive as a species. It doesn’t take much to realize that distinctions based on race, cultural norms, ideology and religion are superficial. Distinctions dissolve when we can connect to THEM by listening to them and expressing kindness. Interaction and dialogue lead to understanding and reduce the perceived sense of threat.

Of course, at the political level, one way to resist tribalism is to promote policies that are based on equality and fairness. Such policies, when implemented, can encourage us to question our base instincts. When we feel threatened by THEM and there is no real rational justification for our fear and anger, the existing cultural norms and values can help us to overcome these feelings and override the messages we receive from the amygdala. Humane policies must be able to withstand challenges such as the recent mass migrations from poor to rich countries caused by global warming, poverty and wars. These circumstances have put Western egalitarian views under severe pressure, and have contributed to the rise of populism and nationalism around the globe.

In fact, our moral and spiritual growth is only possible when we go out of our safe community and reach out to others who think differently from us.

Religion can be proposed as a way to reduce or override unconscious or biological tribalism by promoting compassion and tolerance towards others. However, it can also be used as a sword to eliminate others and to promote our basic negative instincts and prejudices. During the Crusades tens of thousands of people were killed. Catholics and Protestants have been killing each other in Europe for 500 years and Shiites and Sunnis for almost 1300 years in the Middle East. We still see the conflict between Hindus and Muslims in India; Buddhist monks led the persecution of Rohingya Muslims in Myanmar (previously known as Burma). Jews have been subject to persecution, expulsion, pogroms and genocide throughout Europe, and the Middle East for millennia.

At the personal level, there are of course various techniques available to an individual confronted with tribalism so as to resist being swept away by feelings of anger and fear when experiencing others as THEM. One is mindfulness: the practice of being aware of our fear and anger and trying to understand why we feel this way towards others. We can try to acknowledge the reasons for it and make explicit to ourselves our automatic biases in order to understand ourselves better and to control such biases. We should pay attention to our shared attributes with others and ignore our superficial differences. We can also actively engage in perspective-taking: when confronted with one of THEM, try to take his/her perspective. Thinking from and imagining the reasons behind another person’s point of view have been shown to reduce our bias towards others.

Where does Sufism fit in all this? For starters, the practice of Sufism is not about having the right sort of belief; it is about having the right sort of attitude in the world. It is the attitude that it is possible to strive to be a better human being, to discover our divine nature and in doing so to bring joy and happiness to others. It is to fight against our base instincts and transform ourselves to kinder and friendlier individuals. The underlying metaphysical premise is designed to help one to achieve this goal. One starts with the principle that there is only one being in the universe and whatever exists is a manifestation of that one being. Oneness is the basis of Sufism. When one accepts Oneness, all dichotomies disappear and with them the distinction between Us Versus THEM. We all share the same divine essence though in appearance we are different. Of course, one does not know the truth of this premise until and unless one experiences it. That is the reason a proper attitude is required in Sufism instead of having the right sort of belief: the attitude that changing oneself is possible. Sufism is an experiential mode of existence. For the one who experiences unity of being, all distinctions disappear—there is only one reality. There is no Us, there is no THEM, but only the One.

It is important to note that Sufism works at the individual level, not at the level of a uniform community. This is because any transformation requires that the individual make an effort while living and working in a normal community. One can only see his/her base instincts while living and working solely with others who are different and who believe and behave differently. The practice of Sufism does not happen in isolation, nor does it work while living and working with people who believe and feel the same way about the world. A muscle can only be developed when it meets resistance; likewise, our strength to overcome our instinctual aggression can only be developed when there is something present that triggers those base feelings.

This is, of course, not to deny the valuable role of community in one’s moral and spiritual development. Human beings are, by their very nature, social, and we form communities based on our shared values and beliefs. We all have a sense of wanting to belong to a group where others share our views. The numerous online communities which have emerged across the internet are evidence of our deep desire to engage with similar-minded people. The role of a healthy community is to provide a safe environment for individuals to thrive morally and spiritually and to actualize their potential in every field of knowledge. But to belong to a community should not mean to deny that there are other communities with different beliefs and values. In fact, our moral and spiritual growth is only possible when we go out of our safe community and reach out to others who think differently from us.

To tackle the problem of tribalism we need a combination of individual efforts such as practicing mindfulness, embarking on a spiritual journey, and employing rational thinking, as well as support from our cultural norms and political systems. If the social fabric of society is not based on fairness and truth, we will be overwhelmed and alone in our struggle to transform ourselves, and we will be susceptible to our inherent biases being reinforced by negative societal influences. Conversely, if we do not struggle to transform ourselves and tackle our biases earnestly at the individual level, no amount of help from society will help us to overcome our basic and biological tendencies towards tribalism.