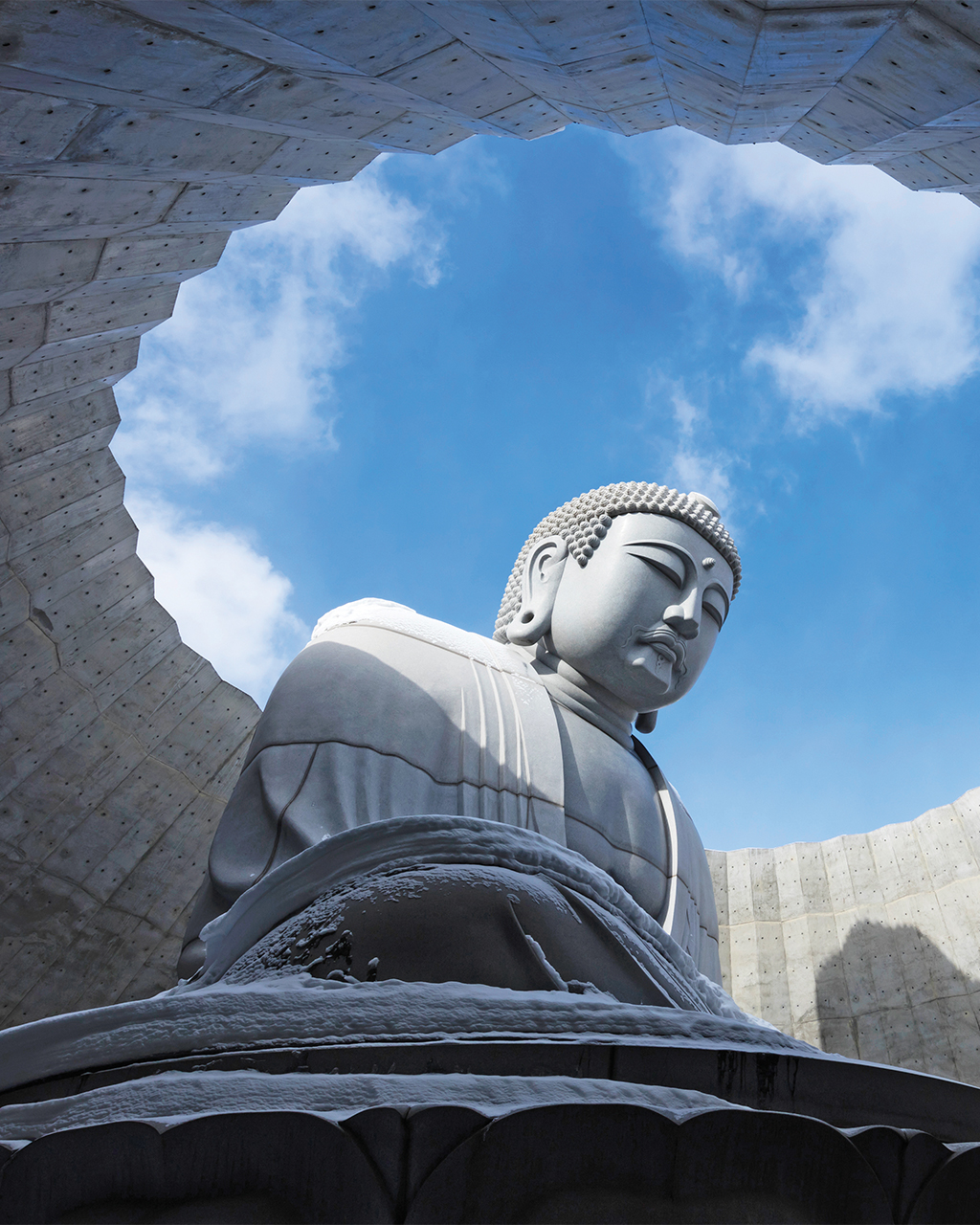 Born in 1941 in Osaka, Japan, Tadao Ando is one of the world’s most celebrated architects. Ando is a self-taught architect who became fascinated by architecture during his first over-land journey from Japan to the West, traveling through different places such as Ivory Coast, Cape Town, Madagascar and India. While he learned much from his contemporaries, including Le Corbusier and Frank LIoyd Wright, travel was his main Master in architecture. Visiting diverse and somehow antithetical territories brought the young Ando closest to the meaning of life and the sense of “place” in architecture.

Ando’s search for the meaning of life brought him to create a meaningful architecture —a qualified place for being. Among his worldwide and diverse projects, his spiritual buildings are more representative of Ando’s philosophy of life.

Tadao Ando: When one perceives concrete to be something cold and hard, then one must recognize the body as something warm and soft. The dichotomy of body and world forms shintai. When I stand on an empty site, I can sometimes hear the land voice the need for a building. I believe anthropomorphic ideas of the genius loci were a recognition of that phenomenon. The distance between the self and the object must be altered to perceive space in all of its diversity. Not only the movement of shintai  but natural movements such as that of light, wind, or rain can change the phenomenal, as opposed to the physical distance between the self and the object. Architecture is the art of articulating the world through geometry. By introducing nature and human movement into simple volumes, I attempt to create complex spaces. Order is reconstructed within the shintai  through the recognition of differences between the total image inscribed on the shintai by the superimposition and what is immediately and visually apprehended. Since the beginning of my career, I have sought to create spiritual spaces which connect to the mind and body of the visitor.