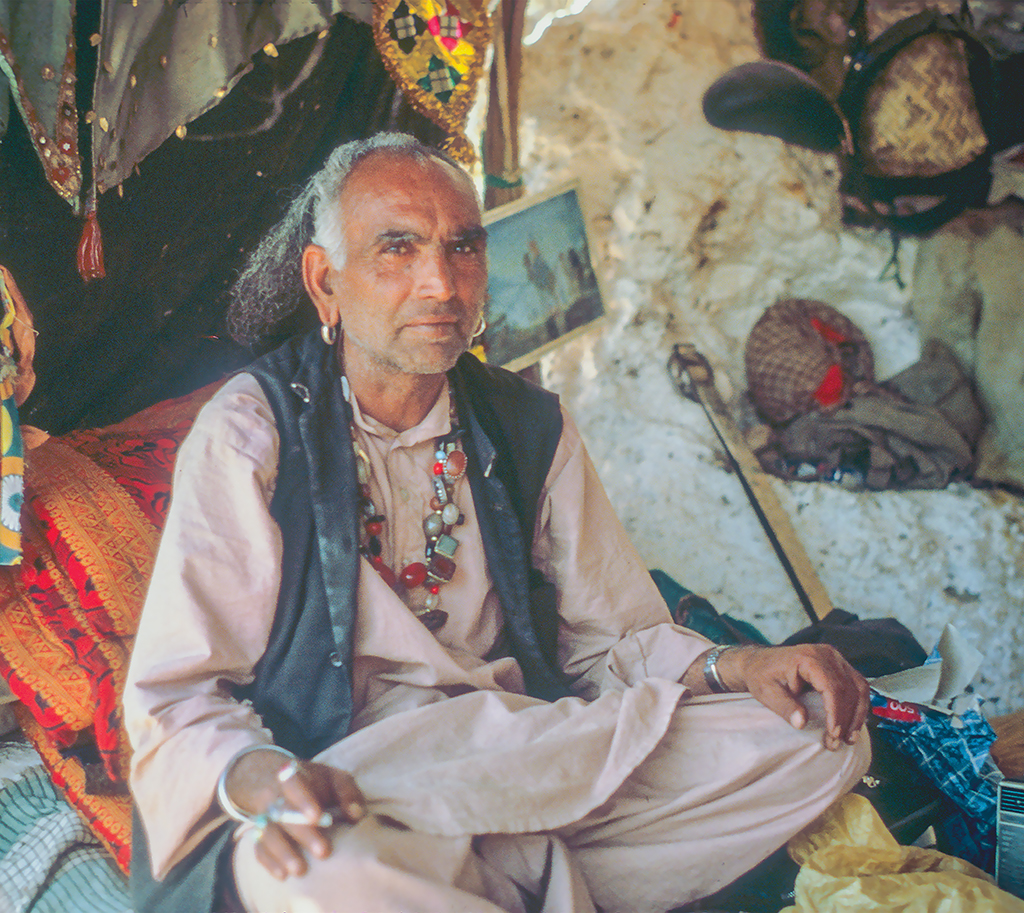 In the 1970s, the Sufi teacher, Syed Mumtaz Hussain Shah, atheir mountain shrine in the Margalla Hills of Pakistan high above the Indus Plain.1 In this sacred space, the meditation place of the Sufi Saint Buri Imam (1617-1705), they pursued their mystical practices and received the pilgrims who came up to worship and to seek help or guidance.

From time to time the Sufis went down to the local villages, the nearby city of Rawalpindi, and occasionally to more distant places, to make pilgrimage to the tombs of other Sufi saints, to visit disciples and followers, and to obtain supplies. Sometimes I went with them. On one of those trips we stopped to rest at the small Lodi Hotel in Rawalpindi. This time there were five of us, my teacher Mumtaz, or “Shah Jii,” as we all called him, me, two other adult disciples, and a small boy about seven years old whose Sufi-oriented family had asked Shah Jii to take care of him for a couple of weeks. He too wore an iron anklet signifying his allegiance to the Sufi community. The small, dimly lit room felt strangely silent despite the busy bazaar down below. There were several religious hangings in Urdu script on the wall, a simple chair, and two charpoy rope beds. The boy came back with the K-2 cigarettes he’d been sent out to buy. He sat on the bed next to Shah Jii seeming to listen to our conversation with interest; occasionally he smiled. Then getting sleepy, he lay down affectionately, with his head on Shah Jii’s leg. I remember the quiet, the feel of mystery—and the curiosity and anxiety I felt about the practice of leaving one’s family and worldly life behind, to enter the spiritual world of the Sufis. We talked about Shah Jii’s childhood, “Yes,” he said, “like this boy, I was sent to the Sufi shrines at an early age. You leave your family behind—and then your teacher and the other muriids (followers of the Way) become your family, your true brothers and sisters…”