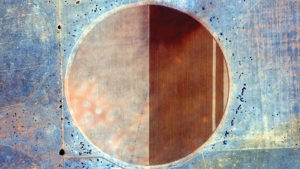 Rumi’s life-story corroborates the comment that he makes here, in that it involves not only a geographical uprooting from Balkh to Konya, but also subsequently an inner uprooting from the seminary of his father to the mysticism of Shams-e Tabrizi. Since Rumi produced all of his writings that one can safely date after both of these uprootings, thirteenth-century Konya would seem to have a bigger claim for shaping them than Balkh, although the most important factor was his spiritual master. However, Rumi’s account of his own poetry here is not very accurate, because it is not simply a vehicle for “subtleties, obscurities and rarities.” In fact, the unusually high degree of scriptural citations and allusions to seminary scholarship in his poetry are themselves lingering signs of the influence of his upbringing and education, when he was being groomed as a successor by his preacher father Baha al-Din Walad (d. 628/1231), who represents the Balkh tradition he refers to. At the same time, his poetry also includes many philosophical, literary and scientific allusions as well—which were presumably for the benefit of intellectuals in Konya—in addition to the high literary standards of his poetry, but these aspects are never as a display of learning or an end in themselves.

In conclusion, one could argue that the intellectual tradition in Konya captivated Rumi more than the more religiously pious tradition of Balkh. However, the intervention of Shams at a time when he was perhaps already growing weary of both traditions, made him see their limitations through hurling him into the maelstrom of spiritual illumination. After Shams’ disappearance, Rumi returned to his former audience and used his accumulated intellectual and religious knowledge as appropriate vehicles through which to teach them the mystical knowledge he had acquired while absent, taking special care to divert them away from a merely intellectual approach by breaking up his stories and giving his Masnavi an “unstructured” appearance that bamboozles those who wish to see a rational explanation and a linear mathematical logic to it. Rumi seems therefore to have viewed the intellectual approach as the most threatening temptation that could distract one from the mystical way, as someone who was himself more of a former intellectual turned mystic, than a pietist turned mystic, and did not see blind faith as constituting valuable knowledge about the world.